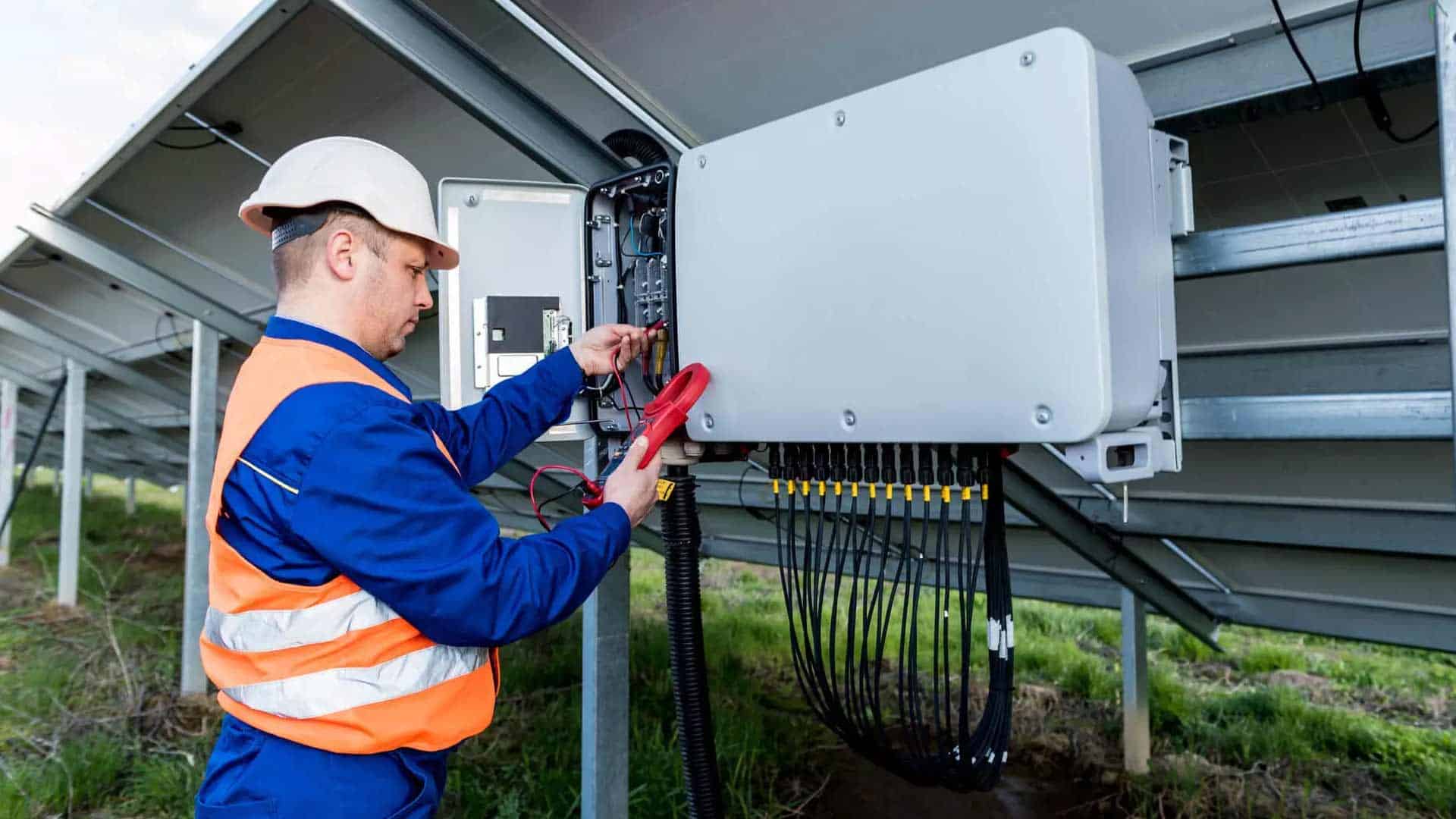 The word “inverter” refers to the process of converting DC power into AC power. In the early days of electric lighting, people used large transformers to do this. But that required lots of copper wire, which was expensive. So engineers invented what we now call a solar inverter. And it works like this:

A solar panel produces DC current. When you connect it to a solar inverter, it turns that current into AC current. You can use that AC current to run lights or appliances.

But how does a solar inverter work? Let’s take a look.

Where Does The Name ‘Inverter’ Come From?

The name “inverter” comes from the fact that it reverses the flow of electricity. This device converts direct current power into alternating current power. It is often used in conjunction with solar panels because it allows you to use less energy to produce the same amount of electricity.

The use of transformers in residential solar systems is becoming less common due to several reasons. First, most people don’t understand how transformers work and how they affect the quality of power delivered to the home. Second, transformers are large and heavy and require space in the roof of the house that could otherwise be used for panels. Third, many homeowners worry about safety issues such as high voltages being passed into the electrical system. Finally, some utilities are now requiring customers to install “transformerless inverters.” These devices do not contain transformers, making them much lighter, smaller and cheaper. They also eliminate the potential hazards associated with transformers.

A microinverter is essentially a miniature version of a conventional grid-connected power inverter. They’re used to connect multiple photovoltaic modules together into an array. In some cases, microinverters are used to improve system efficiency, reduce installation costs, increase energy generation capacity, or provide backup power during outages.

In most cases, microinverter arrays consist of several individual units that feed power to a single load. This allows you to combine many smaller PV systems into a larger system without having to run long strings of wire throughout your property.

Microinverters are typically rated at around 10 amps per module. However, some manufacturers offer 20 amp models. These are usually designed for use with high-power applications such as commercial rooftops or large off-grid systems.

The main advantage of microinverters over traditional grid-tied inverters is that they don’t require a separate battery bank. Instead, they operate directly off of the DC voltage produced by the PV modules. This eliminates the need for batteries, making installations easier and reducing maintenance requirements.

Another benefit of microinverters is that they can be installed much faster than traditional inverters. Because they do not require a dedicated breaker box, they can often be installed in minutes rather than days. Some installers even claim that it takes just seconds to set up a microinverter array.

However, there are some downsides to microinverters. For example, because they do not include a battery bank, they cannot store excess electricity generated during peak times. If you want to use that extra power later, you’ll either need to purchase a battery storage unit or add additional PV modules to generate more power.

In addition, microinverters tend to be slightly less efficient than regular grid-tie inverters. While they still produce DC current, they lack the ability to convert AC to DC. As a result, they lose about 5% of the total energy produced by the PV modules to heat and internal losses.

Hybrid inverters are already gaining popularity in Australia and New Zealand, where consumers are looking for ways to save energy and reduce costs. These inverters are smarter and more efficient than traditional inverters because they can intelligently manage multiple power sources. They can charge the battery while it’s idle, saving you money. And they don’t just work well with solar panels; they can handle wind turbines, too.

Solar inverters are complex devices used to convert DC electricity into AC energy. They are often used in conjunction with photovoltaic panels to maximise efficiency and reduce costs. Inverter technology is constantly evolving, and there are many different ways to design one. One such method is called maximum power point tracking (MPPT). This type of tracker uses algorithms to find the best operating voltage and current for each panel. Once it finds the optimal settings, it maintains those settings throughout the day.

The Holy Grail of Solar Inverters

In 1991, mass production of PV solar inverters began with the introduction of the SunPower SMA WR 1800. This inverter used silicon diodes to convert DC power into AC power.

The Sunny Boy 700 was introduced five years later in 1995. It was designed to be easy to install and use. Over 10 million units were sold around the world.

From Mechanical To Electronic

Inverter technology has come a long way since it was first developed in the 1950s. Today, inverters are widely used across multiple industries including power generation, renewable energy, transportation, industrial manufacturing, and even consumer electronics.

The term “inverter” refers to electrical devices that take alternating current (AC) power and convert it into direct current (DC) power. This conversion allows you to use the same outlet to plug in multiple appliances such as computers, TVs, cell phones, etc.

A rotary converter is similar to an inverter except that it converts AC power to AC power. A motor generator is another type of device used to convert electricity. They operate similarly to a wind turbine, converting kinetic energy from moving parts into electric energy. 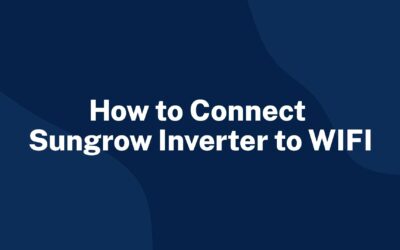 How to Connect Sungrow Inverter to WIFI

The following Sungrow inverter WiFi connection guide is applicable for all Sungrow WiFi-enabled inverters which include the Sungrow SG#K-D, SG#KTL-M and SG#K-20 Hybrid models. Likely causes Ask yourself the following questions; Was there... 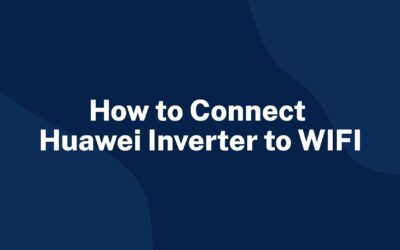 How to Connect Huawei Inverter to WIFI

The following guide is applicable for all Huawei WIFI-enabled inverters, including the SUN2000 and SUN2000L and SUN2000L Hybrid models. Please download the FusionHome app (this is a separate app from FusionSolar and NetEco) from either Google... 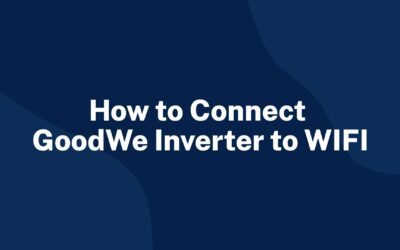 How to Connect GoodWe Inverter to WIFI

If you are having issues connecting your GoodWe inverter to your wifi network, there are some simple steps you can take to resolve this issue. These steps include rebooting your router and resetting your modem/router. Download: GoodWe WIFI Setup Instructions (PDF)...